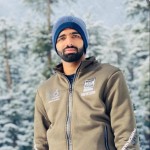 Diesel posted an emotive anecdote about the late actor on Instagram amid the controversy surrounding Dwayne “The Rock” Johnson’s Fast 8 tirade, according to Daily Mirror.

When discussing his birthday list with my son earlier today, he said, “I want Paul to come,” Diesel recalled with tears in his eyes.

And after that, he added, “I genuinely miss him. While we were filming Fast, Paul visited his second birthday in London. It follows The Rock’s rant on Facebook against an unprofessional co-star, largely believed to be Diesel, in which he promised supporters that he would divulge “everything.” The Rock is an actor and producer, and he made the promise to fans thereafter.

Here is the Video of Vin Diesel: